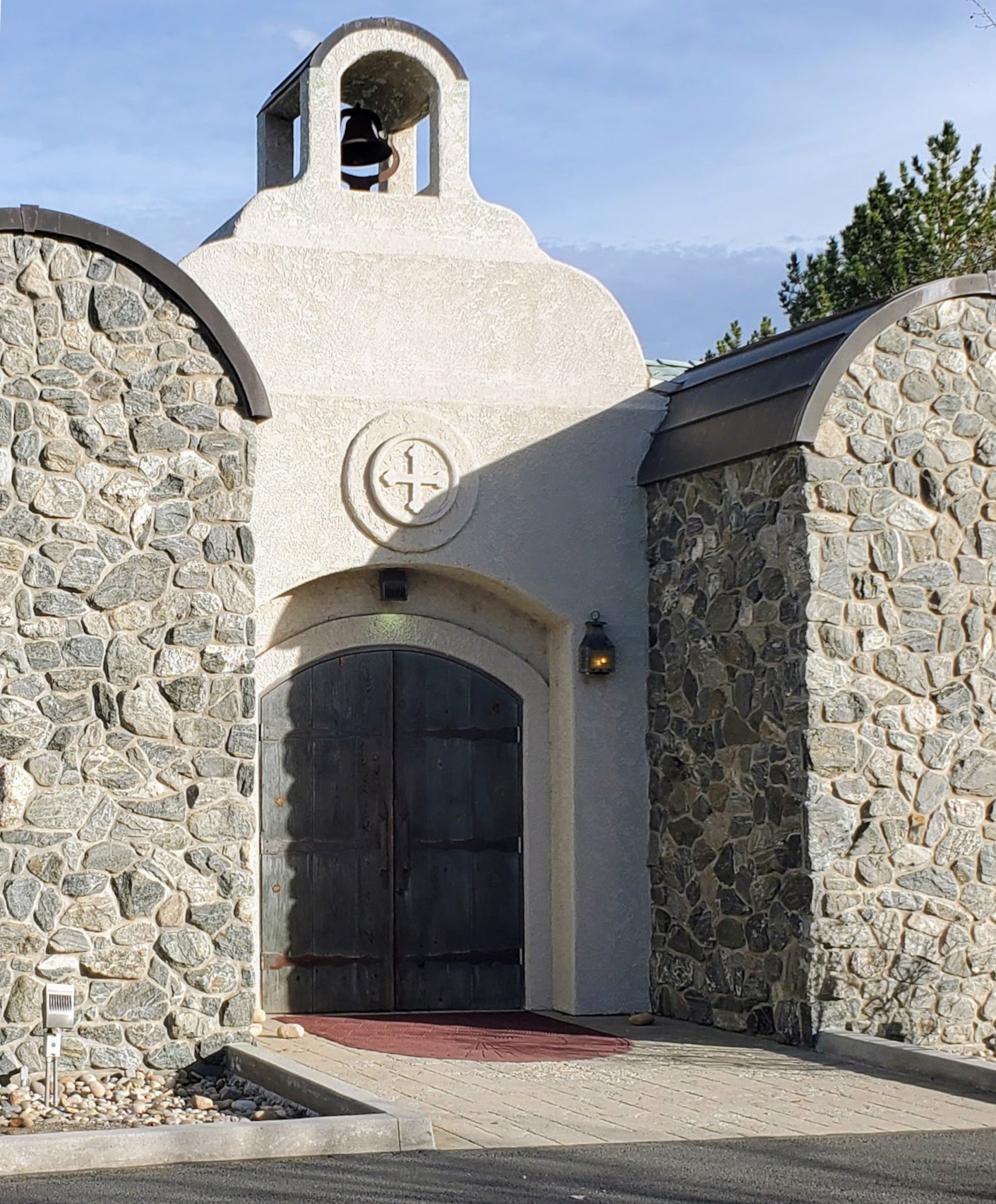 Atop the hill at the southwest corner of 12th Street and Horizon Drive in Grand Junction, Colorado stands Saint Nicholas Greek Orthodox Church. The Byzantine-style building was erected in 1991 for congregational worship, but the building represents much more than that. It stands as a visible testament to the faith of an immigrant community that came to Colorado in the early 1900s.

Those first immigrants came from the country of Greece that had recently shed the yoke of Turkish rule, and many were eager to take advantage of their newly-found freedom by coming to America. Sadly, the nearly 400 years of Turkish occupation precluded any educational opportunities for the enslaved Greek people, and also precluded free worship; all learning was by word-of-mouth.

The Greeks who traveled across the Atlantic were therefore without formal education, but they were willing to work hard. One skill they brought with them was raising sheep, work that would provide many of them with a living in Colorado.

Though this immigrant community from Greece found a settling place for their families, their spiritual journey continued. Through their toil and efforts to survive in a new country, through their care and nurturing of each other, and through their commitment to spiritual growth, they emerged as a community that lives its beliefs.

As households were established, they became the centers of social activity for the Greek community. These homes were not only places for camaraderie, but more importantly they nurtured ties to the traditions and customs that bonded them together as Orthodox Christians. A frequent occasion for social gatherings were the "name days" of the faithful. Families would host an open house on the feast day of a saint after whom a member of the family was named.

During these gatherings, as well as during the Christmas and Pascha celebrations, the immigrants began establishing the foundations of the future parish, to continue the living tradition of the Orthodox Christian Church

Although the community observed these traditions, they lacked regular spiritual guidance. At first, priests would arrive from Salt Lake City or Denver to perform baptisms, weddings, and funerals, but regular Sunday services were rare. Occasionally a priest would be present for a religious holiday; if not, families would travel to where services were being held, sometimes in Price or Salt Lake City, Utah. Before the first parish hall was built, the visiting clergy held services at the old Labor Temple on the corner of Seventh Street and Rood Avenue, or at the VFW Hall on North First Street.

As families saw their children growing up, they felt the importance of teaching and perpetuating their religious faith. The community discussed building a central gathering place in the late 1940s. In 1956 the priest from Assumption Parish in Price, Utah, encouraged the building of a church and the faithful committed themselves to this sacred task.

Various events were held to help raise funds for a church. The first was a Greek smorgasbord dinner at the Redlands Country Club. The Yasou Ball, held in the 1970s and 1980s, continued the practice, and the Greek Festival held since 2002 follows this same tradition. Through these events the faith and culture of Orthodox peoples is shared with all the residents of Grand Junction and Mesa County.

In 1956 the current property was purchased, although that part of Grand Junction was still very rural. The building site on a hill was significant because Greek villages were often built on hillsides.

That first building, a meeting hall, was designed in 1958 by Robert Hightower, a Grand Junction architect. It now forms the western section of the present parish structure, and provided space for social events and liturgical services from the 1950s through the 1980s.

Saint Nicholas was chosen as the patron saint for the community because his feast day falls in December, a time of year when sheepmen traditionally could be in town for religious observances. The parish was incorporated in the State of Colorado in 1958, and was granted an ecclesiastical charter from the Greek Orthodox Archdiocese of North and South America in the same year.

In the late 1980s the community began planning for the current church. A local builder, Mr. Jim Wilson, and his architect son, Mr. Trent Wilson, were commissioned to design and build the sanctuary. Construction began in April, 1991, and was completed by Christmas.

The Saint Nicholas community has grown, both numerically and spiritually because the faithful remain focused on our Lord, Jesus Christ. The first Greek immigrants to Colorado were followed by other Orthodox faithful whose families originated in Armenia, Romania, Russia, Serbia, and Ukraine.

In addition, numerous individuals have embraced the ancient and traditional Orthodox Christian faith. These modern-day converts follow the example of the earliest Christians that came to the Christian faith through the preaching of the Apostles, such as Saint Paul and Saint Luke who traveled among the Hellenic peoples of Greece and Asia Minor. The twentieth-century Greek immigrants to America, direct descendants of those earliest converts from paganism to Christianity, brought the Orthodox faith to western Colorado. Their example and steadfastness in turn has inspired many who now worship in the beautiful church which they built and who today profess with them the ancient Orthodox Christian faith.